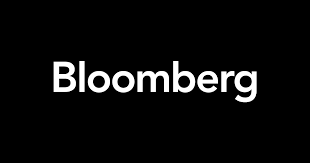 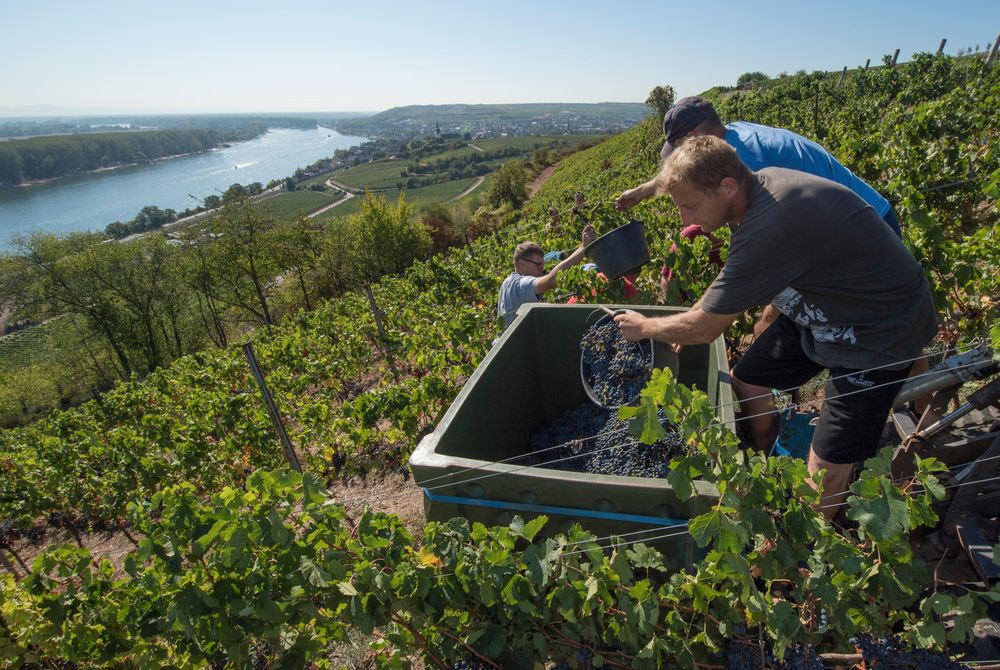 Harvest overlooking the Rhine River, September 2018. Photographer: picture alliance/picture alliance
The Braunewell family has been practicing the ancient art of viticulture in the picturesque hills above the Rhine River since the middle of the 17th century. This year’s grape harvest, at the end of Germany’s second-warmest summer on record, is their earliest ever.

Across Germany, the “Weinlese” is in full swing, and vintners are delighted with what promises to be an excellent year in one of the unique upsides to global warming. For Stefan Braunewell — who runs his family’s vineyard in Essenheim near Mainz with his grandfather, parents and brother — that means gathering the region’s famous Riesling crop four weeks earlier than usual.

“Of course, climate change brings challenges, but these challenges are manageable,” Braunewell said in an interview. “We can’t stick our heads in the sand. It’s nature, and you have to deal with it.”

Changes in weather patterns have been a prominent theme in Germany this year as the country sweltered through the summer months. A sustained drought affected crops so badly that Europe’s second-biggest grains grower is poised to become a net importer for the first time in more than three decades, and the government has promised farmers as much as 340 million euros ($398 million) in aid. Diminishing river levels have hampered barge traffic and threatened to disrupt power generation. 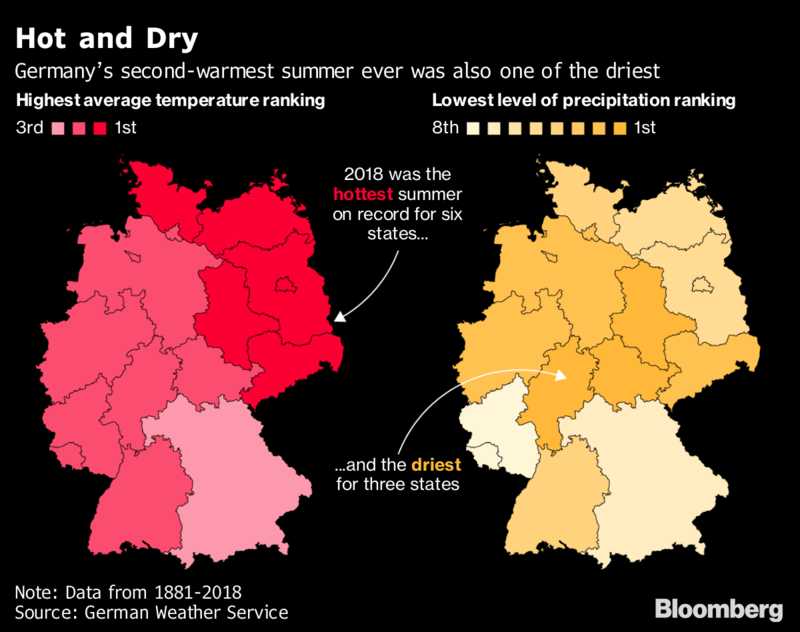 As Braunewell and his peers can attest, however, a long, hot summer has upsides for winemakers above and beyond the early harvest. Ample sunlight increases sugar content, while dry weather keeps fungi from attacking the crop.

“I don’t think we have ever seen such healthy grapes,” Braunewell said. “It’s a bit of a crazy year for us, but the quality is good. The sugar content is excellent, the ripeness is very high and the aroma is great.”

The favorable weather conditions also boost quantity, with Germany’s Federal Statistics Office predicting a 30 percent jump in volume this year. The expected wine harvest of 9.75 million hectoliters is set to be the most in a decade.

Germany’s three biggest wine-growing regions — Rheinhessen, Pfalz and Baden — produce two-thirds of the nation’s grapes and had their second-hottest summer on record while not suffering to the same extent as the rest of Germany from drought.

“So far, the producers are extremely pleased with the quality of the wines,” said Monika Reule, managing director of the German Wine Institute. “Expectations for crop yield have frequently been surpassed despite the unusually dry conditions.” 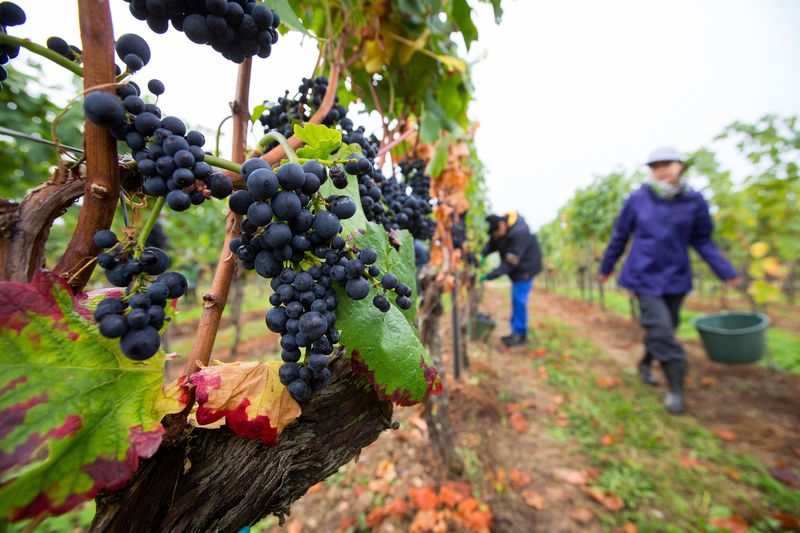 The impact of global warming on German winemaking does carry some downsides, with the characters of traditional wines evolving in a way that doesn’t necessarily chime with consumer tastes. Higher sugar concentration means the alcohol content in this year’s riesling will be around 13 percent, compared with the preferred level of 11 percent or less.

“It goes against the trend as everyone is struggling these days with stress and sensitive stomachs,” Theo Gehring said in an interview at the vineyard he runs with his wife outside the town of Nierstein in the Rheinhessen region. “We’re getting white wines this year more like ones from the Mediterranean.”

Climate changes mean that the entire wine map is shifting. Gehring says he would have to relocate 300 kilometers (190 miles) to the north to produce the same kind of wines as 40 or 50 years ago.

“We’re getting white wines like ones from the Mediterranean.” —Theo Gehring

But in general, most of the effects of climate change have been positive for the country’s vintners, according to Stuart Pigott, a British wine expert based in Eppstein near Frankfurt who has been writing about the industry in Germany for 35 years.

“Reds is the field where the leap forward, thanks to climate change, has been the most dramatic,” Pigott said. Two decades ago, a high-end Pinot Noir selling for at least 100 euros a bottle could be made three or four times a decade, whereas now they can be produced every year, he said.

Still, German winemakers are well aware of the risks posed by global warming. Extreme weather events have become more common, and less predictable forecasting is prompting vintners to hedge their bets by planting different grapes in various parts of their vineyards, complicating the production process.

“We’re experiencing climate change in a very extreme way,” said Gehring. “You can see how nature is being influenced by industrialization and the depletion of the rain forests, how the climate is changing. In the end, wine is a product of nature.”